I’m in strict survival mode. Like, really strict survival mode.  Not the fun kind where you’re left out in the wilderness with a toothpick and have to build a shelter, keep warm and hunt scrub hares with it. Rather the kind where all of your dreams and goals fall away entirely because you need to put all of your effort into simply standing up in the morning and finding coffee. So basically, if the sun sets and I’m still respirating, it’s a gigantic win. And I celebrate that instead of worrying about anything else.

As always, nature is full of little anecdotes that tell me I’m not alone. Life’s not always easy.  Nature even lays down a manual to live by whose primary message is, ‘you’ll get through this, because a water bear can survive anything.’

A water bear is one of earth’s most resilient animals. They can make it anywhere; under ice sheets, at the bottom of the ocean, in volcanoes. They’ve even been sent into orbit where they thrived (for a few days, anyway…). And the water bear persists because the water bear has some hectic tactics it uses to keep on going. When life gets too tough for a water bear, it turns itself into a little baggie of cells called a ‘tun’ and it can stay that way for ages, avoiding dessication until everything gets okay again.  Nice.  Bring on my tun.

I think the flatworm goes one better, though. When it’s going through a rough patch and can’t go on anymore, it eats its own body from the inside out, starting with its reproductive organs (good idea, because who needs them anyway?) and shrinks to a hundredth of its size. If life is looking up, it can start eating normal food and growing again. And all the bits of themselves that they ate when they were having their little breakdown will regenerate.  Even the reproductive bits.

Sometimes shrinking into near nothingness or sticking yourself in comfy pouch isn’t an option and you just have to cope. My coping mechanism involves being here, in the middle of my favourite place on earth and just being. But because I’m super impatient and I can’t ‘just be’ without ‘doing,’ I’m doing everything I can to make it to that sunset. So the other day I grabbed an underwater camera (who knew these things exist?) and took to a rough, angry ocean to give it everything I have. The sea fought me. It hammered my body with waves and waves of waves and all that debris and algae that waves can’t seem to live without. 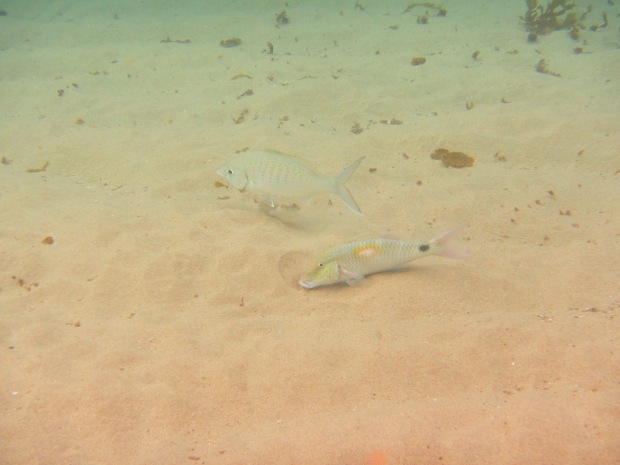 one is an indian goatfish. the other may or may not be a smallscale pursemouth. both are fabulous. 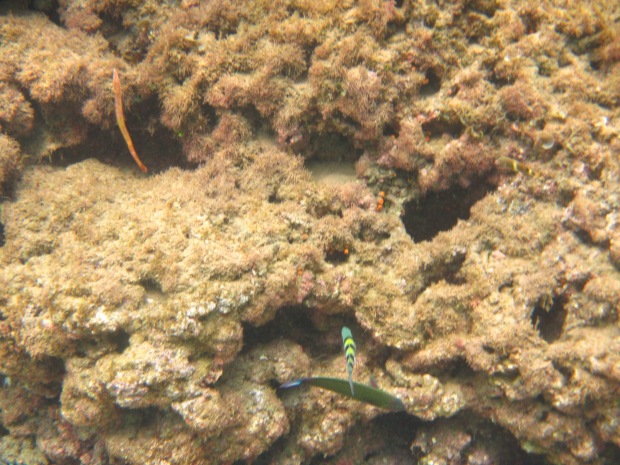 i know you cant see either of these well, but the green one is a crescent-tail wrasse and the other is a sargeant major. 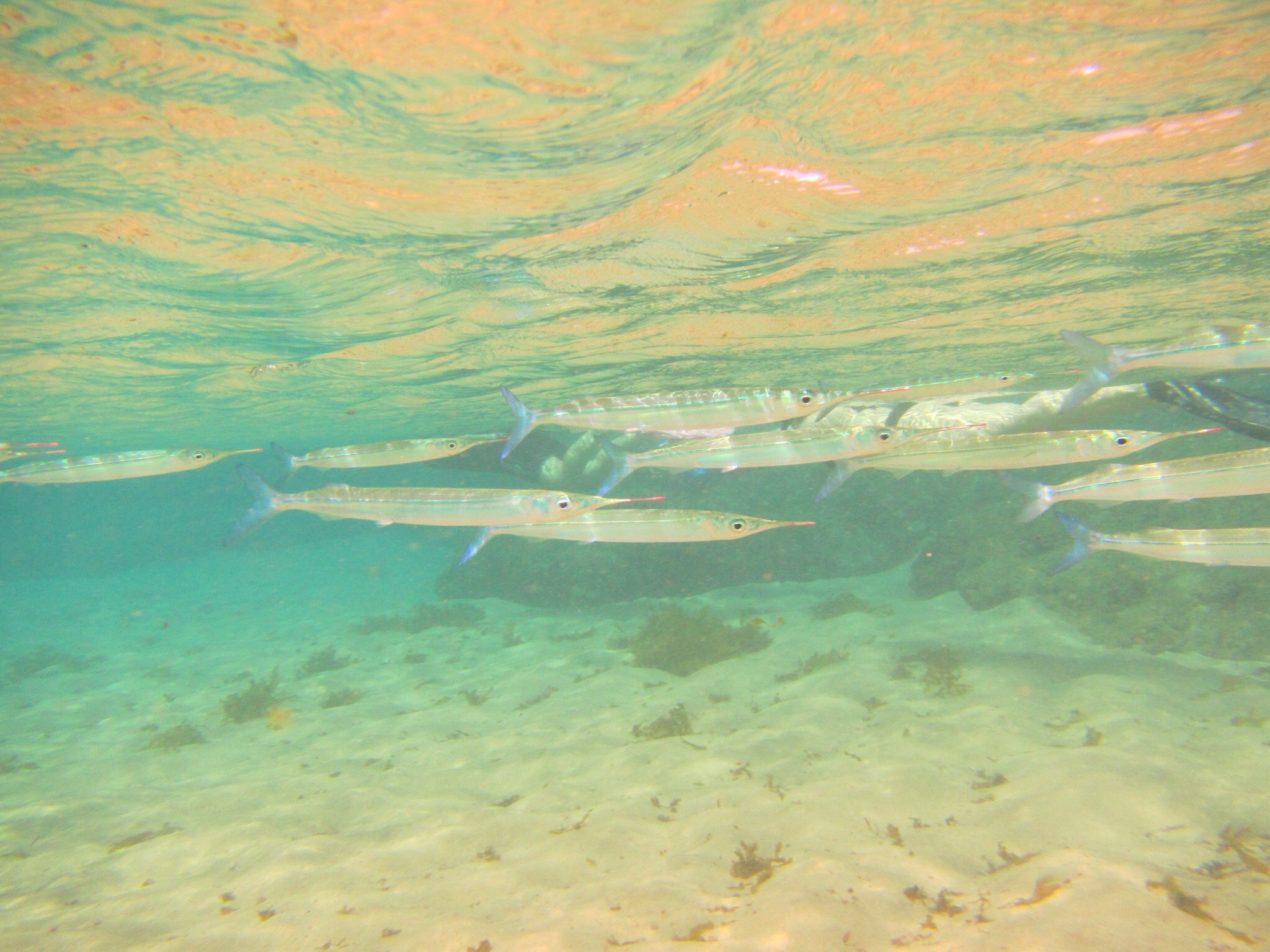 those are tropical halfbeaks. and I love them. 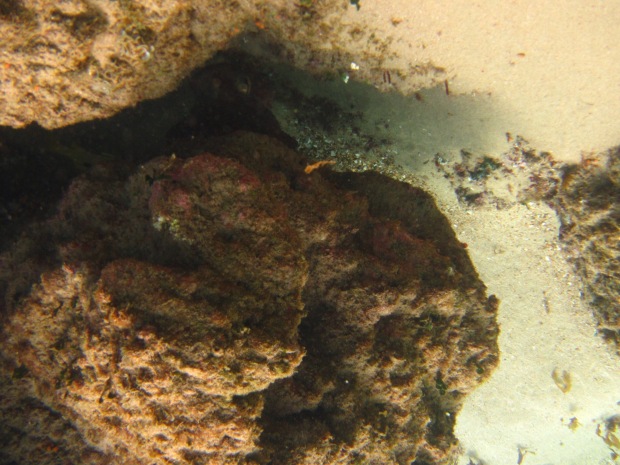 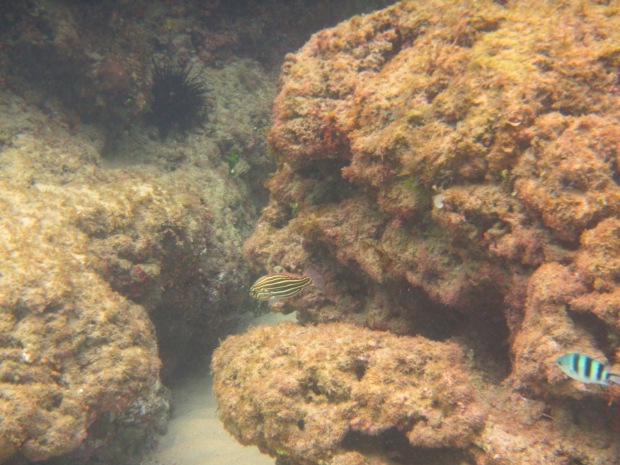 the one in the middle is a nocturnal sixstripe soapfish. this is SO like a safari. but underwater. 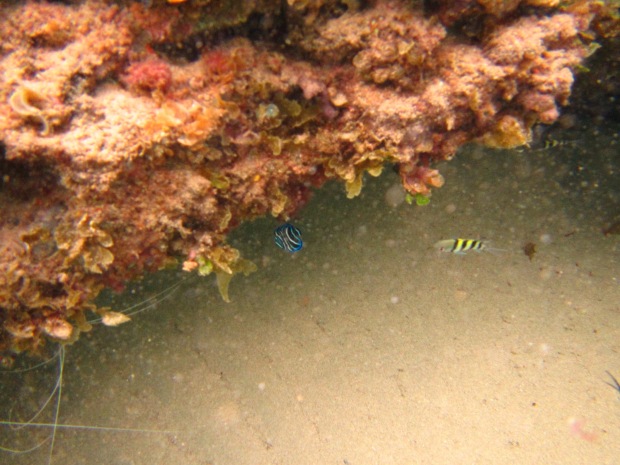 the white stringy bits on the left are two boxer crabs. spectacular semicircle angelfish baby in the middle and another sargeant major on the right… 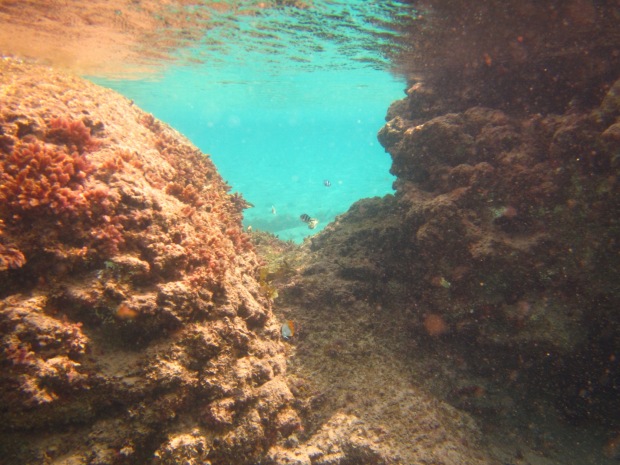 wow. there are so many fish in this one. butterfly fish, wrasse, convict surgeonfish, etc etc etc… 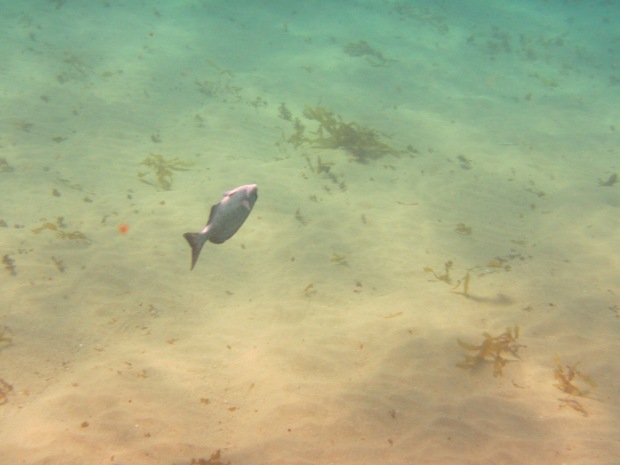 this one was having a bad day. and i can’t identify it… 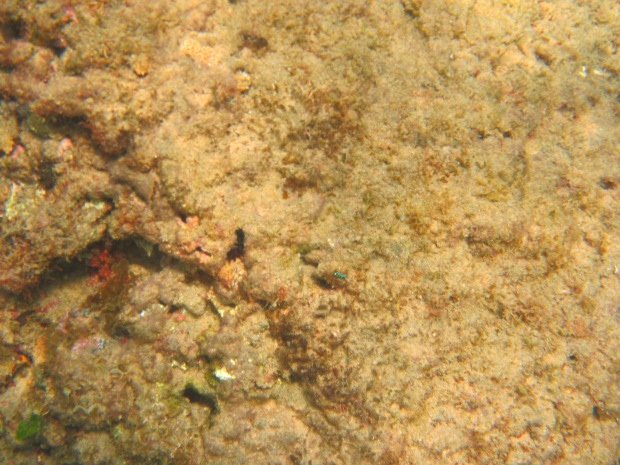 and can you see it? the tiny turquiose pixel in the middle is my very first nudibranch! a little smaller than expected, but loved no less.

And I love that the sea has its tides that determine everything we can and can’t do, so I couldn’t spend every moment of the past few days floating around watching octopusses (It’s actually ‘octopi’). Instead, I went looking for cool things being washed up by those tides.

And here’s what I found. 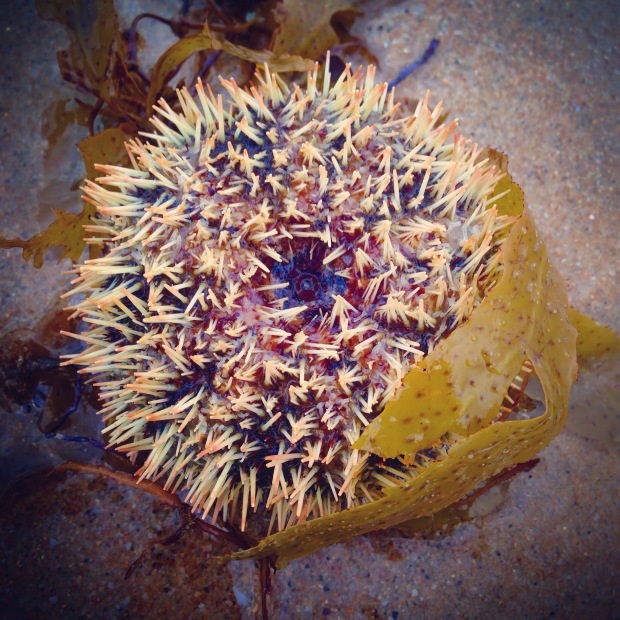 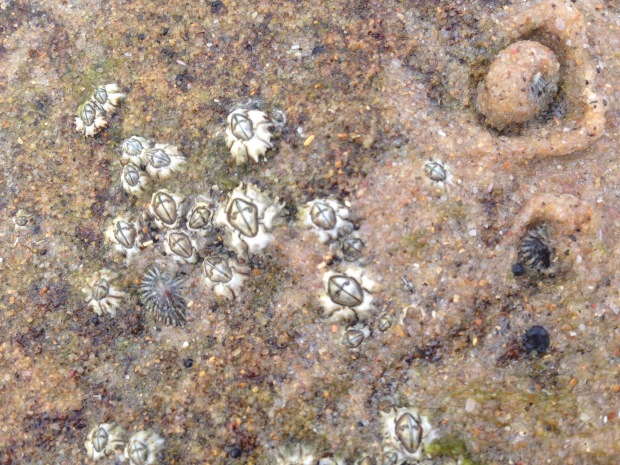 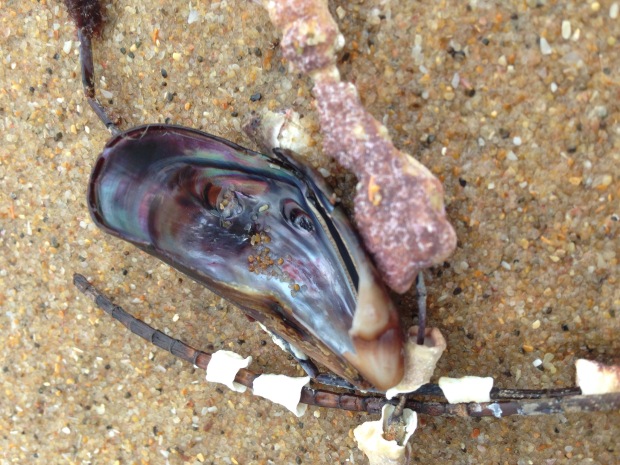 there’s a lot going on here. but it’s pretty. 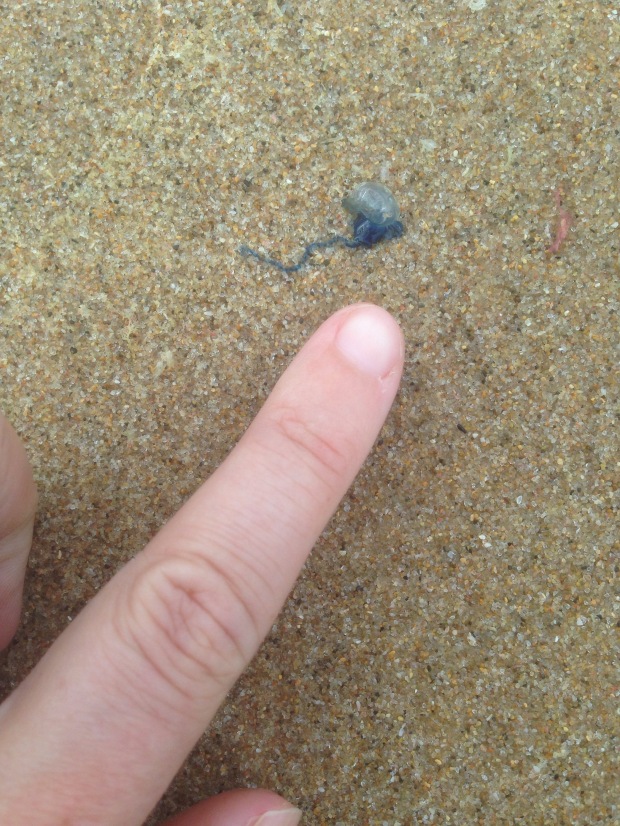 tiny bluebottle! and there were hundreds of them.

Today I left the ocean behind. And that’s about all I can write. It took four whole days. Baby steps. Ugh, don’t you hate it when people say ‘baby steps?’

Hoofnote:  The sea got me through these last few days, but definitely not without its people. Sea people.  Scratch that. Sea friends. Friends who hand you whisky and cigarettes when you need them most. Friends who introduce you to random new tv shows and will sit and watch episode after after with you even after they’ve seen them all.  Friends who notice your bad haircut and cut it better.  Much love, beautiful sea friends. X