I kind of love it when I get all surprised by a place. Like iSimangaliso’s Western Shores. Yummy yummy.

Welcome! Just don’t expect a friendly welcome from the staff…

I’ve just spent the morning there and a scan through TripAdvisor last night (thank you Ocean Basket, for the sushi and wifi) had me prepared for a derelict park devoid of animal life. What I found was a charming little game reserve with kick-ass birds and SO MANY ANIMALS.

When you stay in St. Lucia, you’ve got a big choice for safaris. You can travel out a bit and hit Hluhluwe Imfolozi or Mkuze, or you can stay local and try iSimangaliso’s Western, or far more popular, Eastern Shores. I’ve done Mkuze and I’ve worked in Hluhluwe. So… No. Locally, I’ve visited Eastern Shores before. Despite the great birding and the fact that I’m a beach chick, I couldn’t stand Eastern Shores’ biggest attraction – Cape Vidal beach. Cape Vidal is packed with tourists, psychotic monkeys and creepy staff who just seem to ‘hang around’ and stare. And the place lacks any sort of infrastructure. Sure it’s a pretty beach, but I live ten steps away from iSimangaliso’s Mabibi Beach, which is way, way, way better. So I’m spoiled. I love being spoiled. I don’t love Cape Vidal all that much. 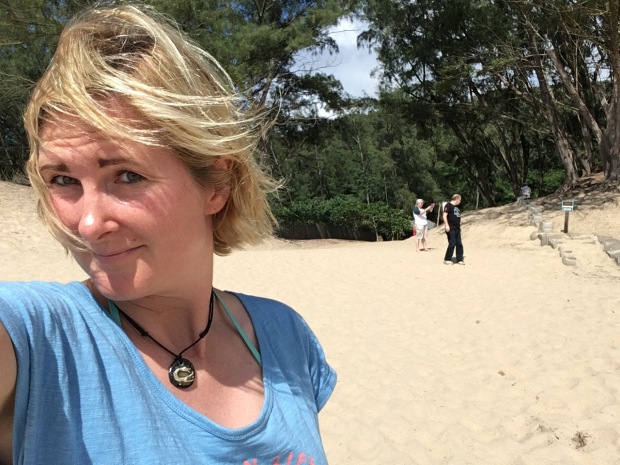 So that left Western Shores. Something new. Really new. So new that it only opened a couple of years ago. A gamble indeed as I was taking my mom on safari. Birds alone wouldn’t cut it today.

Check in was typical of all South African game reserves. A sullen cashier unwilling to make eye contact and mumbling ‘bird hides… No petrol… No food… Elephants are not happy…’ And ‘We only have the Big 4. No lions.’

‘Cool. I’m not even into lions,’ I replied as I took my entry permit. I didn’t know there was a ‘Big 4.’ Apparently there is. Subtract lions. Add wild dogs and cheetah to make Hluhluwe’s ‘magnificent 7’ and Great White Shark and Southern Right Whale to make Addo’s ‘Big 7.’ Ugh. Massive eye roll.

Through the spiffy, impressive entrance gate I found gorgeous palmish scenery. It’s really nice on the Western Shores. It just lacks the sand dunes that characterize Eastern Shores. I’m into those sand dunes. But it’s okay.

I really loved that in the whole morning we only came across two other cars. Great for us, but not so great for the park on a Saturday morning. I felt bad. This place deserved to be busier.

I was on the lookout for elephants. Living at the beach these days, I find myself missing elephants the most. We saw plenty of signs, but no elephants. I don’t think we needed them.

We saw herds of giraffe, wildebeest and zebra to rival any other park.

My mom and her psychotic giraffe obsession was well fed. She was in South Africa for two weeks and wore a different giraffe T-shirt every single day. I was impressed.

And did you know that waterbuck can congregate in the dozens? I didn’t. Until Western Shores. We also saw kudus, red duiker, nyala and bushbuck. All were skittish and weary of cars – the sign of a properly WILD game reserve. Love.

You thought I’d pose for photos? Heck no.

Charters Creek has the feel of a place that used to be a big deal. Now it’s only a big deal to the resident zebra herd. iSimangaliso hasn’t made any effort to preserve the place and it’s already gone to ruin. Ouch. 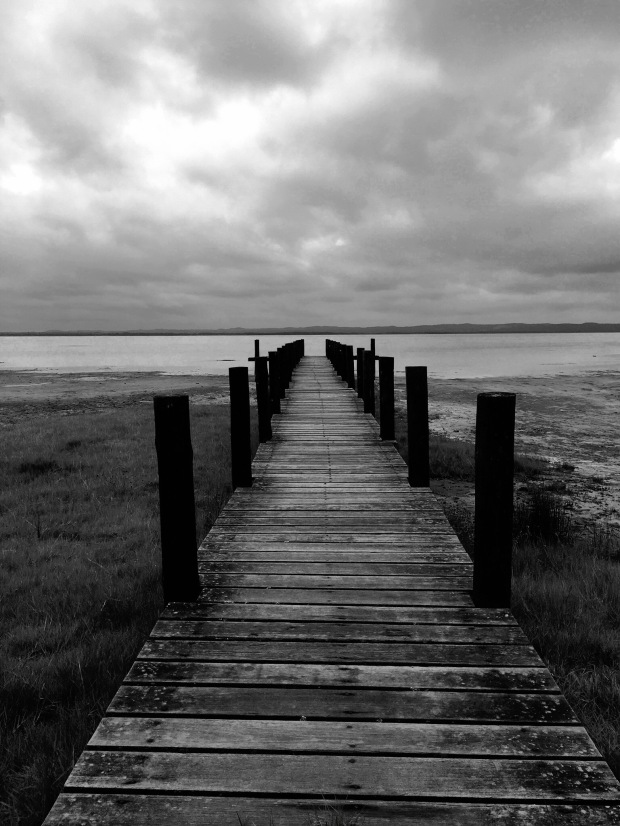 But the rest of the park feels shiny and new. The hides and bathrooms all had a good vibe about them and the aerial walkway was cute. The 350m walk to get there through thick, unfenced bush was exciting. Especially with a mother who uses a walking stick to get around. No possibility of rushing up trees to escape a buffalo for us… 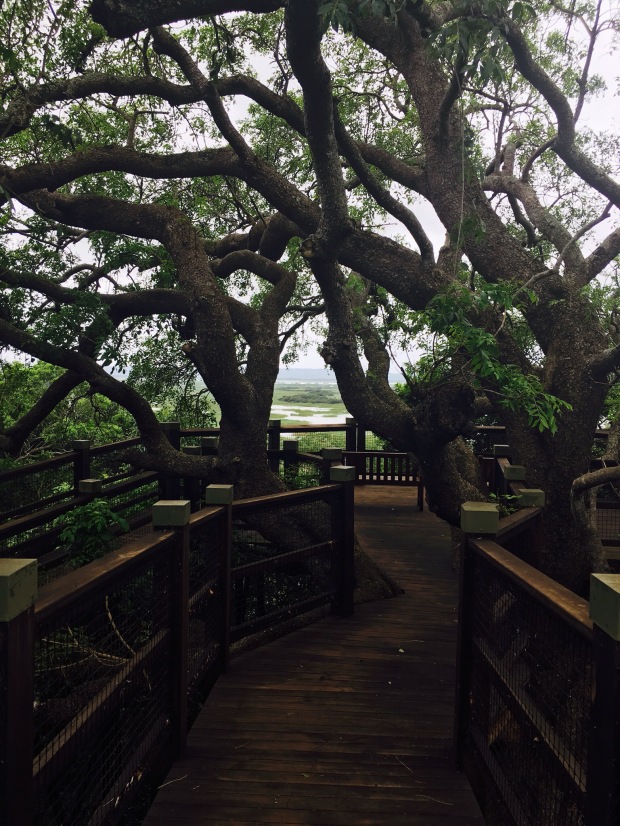 The whole park was easily accessible with an impractical  rental car (like ours) and we covered the entire reserve complete with stops to identify 79 different bird species and take 721 photos of giraffes, in one morning. I didn’t feel like we missed out on anything. The experience felt lovely and complete. A good safari.

I’d go back. Maybe even tomorrow.

Edit: The next day we went to Eastern Shores. Definitely not as impressed. The scenery was better, but it felt like one long drive to Cape Vidal. Western Shores felt like a classic SAFARI and I’ll still recommend it any day. Love.

I can’t deny that Eastern Shores has the better scenery…

Western Shores (and Eastern Shores) are open from 5am to 7pm in summer. You’ll pay about R50 per person and another R50 for your car. Bring your own food – neither park has any food and they totally won’t let you exit and go to St. Lucia for lunch and come back without paying all over again…